Today’s spotlight is on Aimee Allison, Founder and President of She The People! She The People is doing amazing work bringing together women of color to work on all aspects of politics and democracy, and we were excited to sit down with Aimee and learn more about her and the work that she and the organization do!

AA: My name is Aimee Allison. I’m the founder and president of She The People, an organization that builds power for women of color–Black, Latina, Asian, American, Pacific Islander, indigenous, and Muslim women who are the fastest growing and least represented group in elected office, yet leading some of the most important movements. So the vision is for women of color together, united to lead American to um a new era, a new political era, a new cultural era of justice and belonging.

Have you seen a great shift within your work for women of color involved in politics and movement building?

AA: Here’s what I can say about women of color. We came on the scene in terms of the nation’s consciousness in 2018. That’s when we had historic elections, particularly in Congress. Four years later we had the most women of color who ever run both in the primaries on the ballot in November. And there’s no doubt for women of color that there’s more recognition of our political power–how we elevate and are the core vote for Democrats and how important we as candidates are. There’s more recognition, but in terms of our power building, we have more to do.

The way I would assess 2022 is women of color are not waiting to be blessed or to receive permission. They are demonstrating that they can be competitive, facing some of the most vile Republicans running in the country, places in Texas, North Carolina, and Florida. They’re raising a lot of money. They’ve got good staff, and I think right now it’s a matter of continuing to build on that, and to continue to have people–not only the the party, but donors and the whole political establishment–invest in these women of color candidates early, so that we can start mining these big statewide seats, Senate and Gubernatorial seats in particular.

What does your day-to-day work as a founder look like?

AA: I wake up very early because I live in California. I start scanning headlines and looking at what are the trends. I follow a lot of influencers and organizers and states, people who will never make it to the pages of Politico or Washington Post. But, who give me a sense of where women of color are. I follow our candidates and what’s going on with them. And I have a good sense of where the opportunities are. Women of color are not big headlines this election cycle, so my day often starts by looking for what the trends are and where we’re at.

AA: I think that line of work chose me. When I was in college, I was a history major, and I thought I wanted to be a teacher. So I went to grad school to get my Masters in education and my teaching credential, and I taught at the school in Redwood City, which is in the Peninsula in Silicon Valley. I taught U.S. history in the bilingual department, where most of my kids were from Mexico. Those are my kids. Some of them came alone, some of them worked full time on top of high school, and some of them had big responsibilities for younger siblings.

It was at that time in California–and remember California, even though the majority of people in the state are people of color– the Republicans who ran the state, and who were big donors, put Proposition 187 on the ballot, and that’s a proposition that would take away the right of public education and healthcare, among other things, from undocumented people in California. I was virulently opposed to this, and I started working with my students. I started organizing with the families and I saw both organizing and the community, and my ability to work with the students as a teacher, really showed me the power of solidarity, and it was the basis of a lot of political work that I did in the subsequent years.

By the time I founded She The People, it was to build connections across race; in service of these values, I had had experience, not only as a teacher but in electoral politics. I was a mayoral candidate’s political director. I was on the radio. I did a bunch of different jobs, and I was able to put all that together and found She The People whose explicit goal is to build solidarity and to uplift women of color, not just for ourselves, but for the whole country. And I think it just really started as a teacher.

How does your work impact the political climate we live in?

What my work focus is on is to build narrative power, and that is the core of my impact. So, for example, I meet with reporters and editors on the desk side to ask “What are you working on?” Because reporters are people, right? And a lot of reporters, a lot of young women, and a lot of young women of color are often the ones who are writing stories interpreting politics in a lot of the big papers, and not just The New York Times, but in Axios or in other kinds of online publications. I work with a public relations firm. I send out statements according to what’s happening in the news. I educate the public. I write op-eds, and I speak, and I think all of those things with the goal is to build a generalized understanding about who women of color are.

What has been the most surprising thing you have learned since getting involved in progressive politics?

AA: I think the most surprising thing is that the term ‘women of color’ was born in the Seventies, but we didn’t come into power until just now. And the most surprising thing is the timing, the change in the demographics, how successful She The People has been into putting women of color on the political map. We’ve been here. We’ve been important. We’ve been working in solidarity. We’ve been driving Democratic party lens. We’ve been imagining everything from raising the minimum wage to food and housing security. All of these things, we want to imagine for this country, and we’ve been here for so long, even before we had the right to vote. But, it’s just in the last four years that the culture has shifted significantly.

It’s not just about representation. It’s about women of color being more and more in a position of power and authority for a broader multi-racial coalition. So I guess the surprising thing is how fast things are changing.

What has been the best part or best memory of your career so far?

AA: The best part of my career is going to events and meeting young women who are just getting started on their path. Not only do I get to tell them that the country needs them, but  get to welcome them into a long line of really courageous and amazing work done by women of color. For me to be part of that legacy in this country, and for them to be part of that, it’s wonderful, because it means that I’m making a small difference.

What are some of the toughest challenges you’ve had to face?

Another significant challenge is that women of color, we’re ready to lead, but in primaries we continue to be taken out, and that’s the Democratic party not doing enough to back women of color financially and through structure, staffing, all the things that are needed for a primary candidate to get through clearing the field.

What advice do you have for young professionals, young women of color, looking to get involved in politics?

AA: The most powerful leaders, whether they’re elected, appointed or not in politics are those with deep connections to movements. So my advice to women is to be involved with movements. We’re starting to see movements teach people how to organize, and women of color have to organize their own voters. They have to bring a new set of voters, because the system  prioritizes older and white voters. So for people who are running for every level of office, you’re going to have to be able to organize. You need to lean into the things that you are passionate about. Don’t be bullied or shamed into being less than who you are.

AA: I would be a landscape designer, and let me tell you why I love plants. It’s my self-care. and I just spent over the last three years, during the pandemic, redoing my yard, using plants to start a place where we can start doing salons and encourage group conversations and have a community. 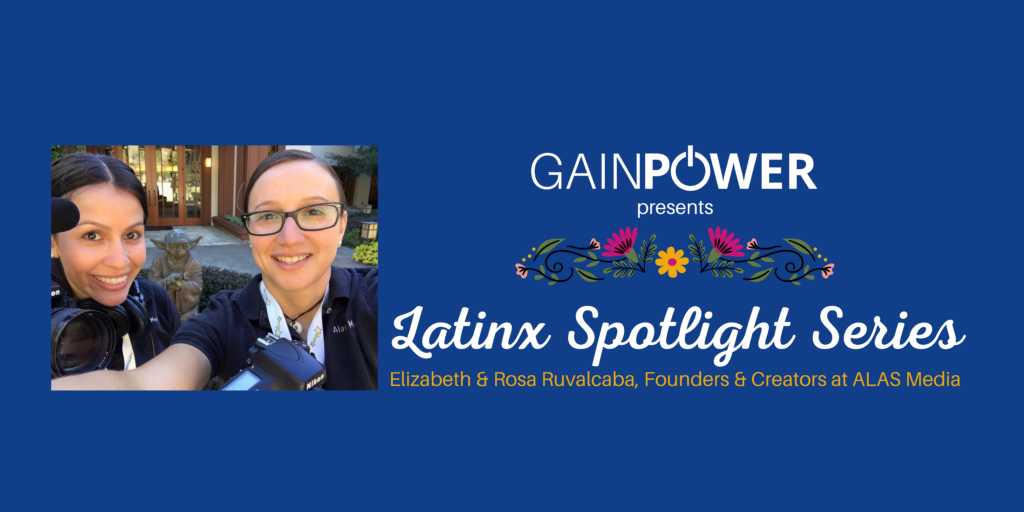 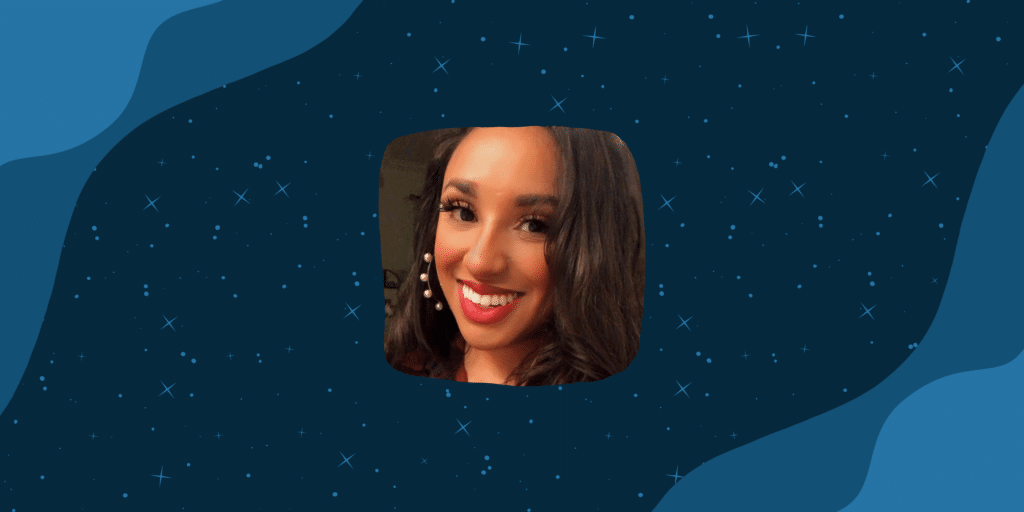 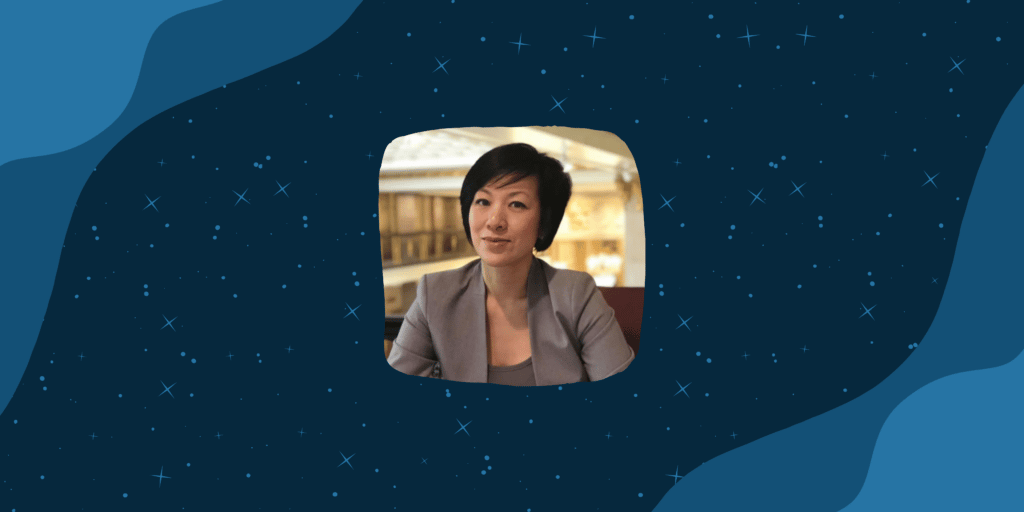 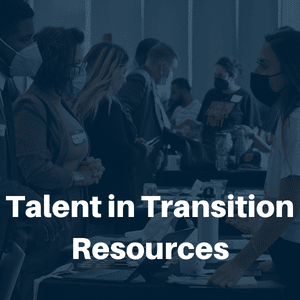 Subscribe for email updates, including upcoming events, featured job postings, and other news from GAIN Power.