GAIN Power is back with another spotlight interview!

Today, we are excited to feature Rosa and & Elizabeth Ruvalcaba, two sisters who own and run ALAS Media. Be sure to check out their social media channels for updates on their amazing work.

Can you give us a brief background and introduction about yourself?

RR: Elizabeth and I are sisters; I am the older sister, she’s the younger sister. We both went to school up in the Bay Area. I was over at the University of San Francisco, Elizabeth was over at Berkeley. When we both went off to college, we studied different things. My focus was mainly education. I got a Masters in education and my undergrad was in media. I thought I would probably end up being a teacher. Elizabeth studied sociology with a Spanish minor. So we would film different projects for extra money to help pay for college.

RR: Our goal was never to start a company, it was just we fell in love with filmmaking at a young age in high school. We were part of a really cool program where we picked up cameras and learned how to storytell. We would come back to our community during the summers and film these projects.

This is part of the reason why our work is mainly documentary-style. It’s about telling people’s stories from their perspective and sitting down and having conversations. This is one of the things that makes us pretty special as a production company, because we take the time to sit down, get to know people, and not put words in their mouth and have them tell their authentic stories.

I graduated first and came back to LA and convinced Elizabeth not to go to grad school and come join me.

ER: I was going to study nonprofit management.

RR: I told her that if she wanted to do management, she could do the management side of the company. It works really well, as I’m more on the creative side and she took the lead on the management. We (ALAS Media) are going to be turning 15 in October.

ER: We work with a range of clients and primarily do storytelling through video production. Our clients include everything from nonprofits, larger businesses, corporations, and we do work globally. We’ve traveled, and I think that’s a really neat part of our job, as we didn’t travel when we were younger. Being a part of ALAS has really given us that opportunity, like we’ve been to China, Australia, Canada, Switzerland, you name it. It has really opened up some doors and been a really great ride that we’ve had so far.

A lot of your projects revolve around community, why is that important to you?

RR: We made a very conscious decision to be in our community. We could’ve opened up in Burbank, where the studios are and be closer to downtown LA, but for me, it was really important to be in the community. The studio I’m in now is only a couple blocks away from where we grew up. We knew we wanted to be here because we have the frame of mind that “if you want things to be better in your community, you have to do it yourself.” That’s always been a big reason why we stayed here because we wanted to be an example that you can have a successful business in our city.

We are really involved in our community; I’m on the Chamber of Commerce, Elizabeth is on the Kiwanis team. We have a great connection with everything going on in the city because we are a really small city. When we want to get things done, we can literally go to city council meetings and voice our opinions.

What has been the best part/best memory of your career so far?

ER: There’s a big corporation that Rosa and I are fans of, and we use a lot of their technology, and we had an opportunity to work with them. We traveled to Japan, China, and London for a product launch for them. When Rosa and I were there, we reflected on how one of the biggest corporations in the world trusted us to help tell their story, and we’re getting to see things no one has seen before. There was this really cool factor of two young women from San Fernando, who really weren’t even meant to leave the city, were traveling the globe and directing with these huge crews , capturing promotional footage. For me, I think that was a really big highlight in our career.

RR: I agree, and a lot of the time you don’t realize it, but taking a step back you think “who would’ve thought that kids from our community, who had never seen anything would be out here traveling the world.”

ER: I would add, Rosa, when you filmed in Switzerland at the Hadron Collider.

What had you wished you had known about getting involved in video production as women, but more specifically as Latinas?

RR: The reality of the space we’re in is male-dominated. We’re directing, behind the cameras, producing, and a lot of times on set we are the only women. This is a space that needs to get better and part of the reason we still try to work with schools locally, to encourage girls to get into these careers.

Never compromise who you are. We have never felt the need to be fake. We have always been authentically who we are, and that’s the experience we bring to sets. Never be shy of where you come from. To be authentically us is what we know best.

ER: We’ve never been afraid to ask questions and I think that’s why we’re still around. We didn’t know anyone who had started a business or owned a business and we asked for a lot of help. We made a lot of mistakes, but not being afraid to ask those questions is why ALAS continues to grow. We know that we have a lot to learn as a company, and as two women in this field. Rosa and I are really driven, and we’ll ask whatever questions we need to in order to ensure our business is thriving.

What advice do you have for young Latinxs looking to get involved in video production, as well as starting a business, especially in your own community?

ER: Rosa and I have two business partners, so I think the first thing is finding a mentor. They have been with us since day one, and they’re our sounding board. Because of the experience they come with, they’ll really help you avoid mistakes before you make them, and if you make mistakes, they’ll help you fix them.

RR: And they’ll call you out and not be scared to say “what are you doing?” It’s important to have someone who is far removed, but can look in from that third-person point of view.

ER: I think the other thing, too, is that there are so many great resources that, if you’re starting a business, there are a lot of programs and grants out there. I feel like every program that we’ve done, every grant that we’ve applied to has been a learning lesson and has really helped the business grow. For people that are starting their business, there are so many great hubs and different places that you can tap into; so if you don’t know how to write a business plan or put together metrics, there’s a free resource out there that you can use, so money isn’t really an obstacle when you’re getting started.

RR: One of the hurdles that I know I had to personally get over early on was leaving your shyness. That takes time and also depends on personalities, but normally and culturally, we come from a family where women don’t have a big voice sometimes, so that was not easy. Especially for me, I was the oldest girl, so there were a lot of firsts and hurdles to get through culturally, and setting that path. If everyone is telling you “no” or “it’s too risky,” and you believe in it, you should fight for it.

RR: That’s a hard one because I have one for breakfast, lunch, and dinner. A breakfast burrito with chorizo is like magic for me on the weekends. That would have to be one of my favorites or chilaquiles.

ER: I would say albondigas because for me, that’s such a comfort food. If I’m sick, or just need that reminder of home, albondigas is one of my favorites. And arroz con leche, if I’m having dessert.

If you missed our previous interview spotlight, you can find it here. You can also see featured organizations on our social media. 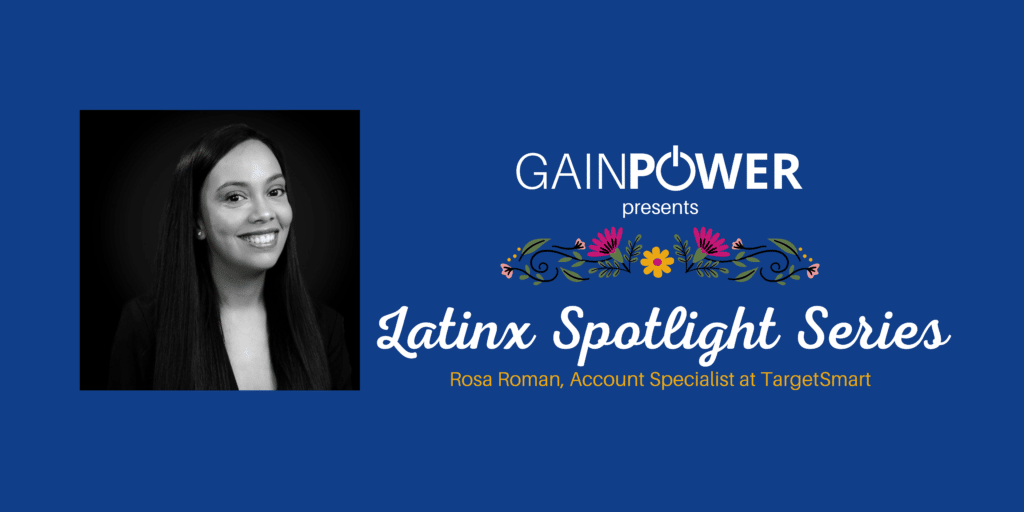