Check out events in our community. If you want to submit an event, click here, and a GAIN Power rep will review it. You can find your submitted events here.

Join us this Friday, November 19, at noon for a virtual panel featuring Chuck Rocha, Marcos Davis, and Amy Pritchard alongside panelist José Plaza and congressional Staffers Fabiola Pagán and Roberto Vélez. They will share their personal stories, experiences, and challenges to help you start your journey in Congress. 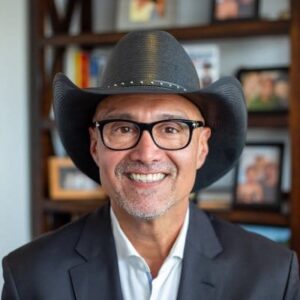 Chuck began his political career in the woods of East Texas at United Rubber Workers Local 746. By 22, he had become the youngest officer of the 1,200 person local. At 29, he was hired to be the youngest, first person of color and last rank-and-file National Political Director of the United Steelworkers of America. He is credited with building out one of the top national labor political departments in the country.

In 2010, Chuck left the USW to create Solidarity Strategies. The firm was built on the idea of diversity, inclusion and mentorship opportunities for the next generation of minority professionals. In 10 years, Solidarity has employed over 100 young people of color and has become one of the most successful minority-owned political consulting firms in the nation.

Chuck has worked on several presidential, Congressional and gubernatorial races through the years, including both of Sen. Bernie Sanders’ presidential campaigns. He is the first Latino to run a presidential campaign and accomplished all of this despite never attending college, having a criminal record and being a single father at 20 years old. Chuck often says his biggest accomplishments are his twin grandsons, Wyatt and Rowan.

Roberto E. Vélez Rodríguez is a Legislative Aide in the Senate Budget Committee under Chairman Bernard Sanders. He has devoted his life to public service. Roberto has a Bachelor’s degree in Political Science from the University of Puerto Rico and a Master’s degree in Public Administration from The George Washington University. He also served as a Sergeant in the United States Marine Corps. His Hill experience started in 2016 when he was an intern in Senator Sherrod Brown’s office. After the devastation of Hurricane María in Puerto Rico, Roberto decided to work as a congressional staffer in Senator Gillibrand’s office. Some of his goals include being an advocate for marginalized communities and to promote a more equitable society for everyone. 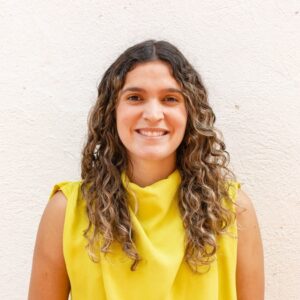 Fabiola V. Pagán Meléndez is currently a Legislative Assistant for Senator Bob Menendez (D-NJ). She handles the Senator’s Latino and Puerto Rico Affairs at his Washington D.C. office. Prior to this role, Fabiola worked on Senator Menendez’s transportation, energy, and environment portfolios. She was a CHCI Public Policy Fellow and completed her fellowship at the House Committee on Natural Resources.

Fabiola graduated from the University of Puerto Rico Río Piedras Campus, where she completed her Bachelor’s in Chemistry. Born and raised in Puerto Rico, she’s always been passionate about issues on the island. 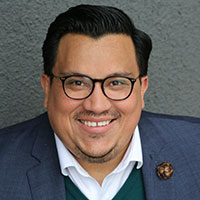 Jose Luis, a native of Guanajuato, MX and proud son of migrant parents was the CHCI Bill & Melinda Gates Higher Education Graduate Fellow in 2012-2013. During his fellowship, he served in the House of Representatives and the education think tank The Education Trust. Post fellowship, he was the National Latino Engagement Director for Enroll America and under his leadership more than 4.4 million Latinos gained health coverage. He was then tapped to lead the Latino Vote for the Hillary Clinton campaign in Florida, and most recently managed a multi-million-dollar portfolio at The California Endowment. He was active in the Biden for President campaign supporting advisory policy committees and the national voter protection hotline. Jose served as the National Vice President for the CHCI AA, and has years of expertise in community organizing, social justice and equity issues, leadership, fundraising, and organizational development.

Marco A. Davis is President and CEO of the Congressional Hispanic Caucus Institute (CHCI), a national nonprofit organization dedicated to developing the next generation of Latino leaders. CHCI provides internship and fellowship programs with an emphasis on leadership development and public policy for outstanding Latino/a/x students and young professionals and also convenes Members of Congress, other public officials, corporate executives, nonprofit advocates, and thought leaders to discuss issues facing the nation and the Hispanic community.