EveryDistrict was formed in early 2017 to rebuild the Democratic Party from the states up. We’ve crunched the numbers for all 7,383 state legislative seats, giving us a 50-state view on where Democrats can flip districts from red to blue. Click on any state on the map to see our district-by-district rankings: EveryDistrict.us/The-EveryDistrict-Map.

We then use this data work to identify the chambers where there are enough districts Democrats can flip to make a strategic gain, like flipping a chamber or breaking a GOP supermajority. We endorse candidates running in competitive districts with strong plans to win.

We track key metrics about our endorsed candidates and their Republican opponents to move money to the districts where funding will have the greatest impact on building Democratic power at the state level.

Contact the EveryDistrict team at [email protected] to learn more. 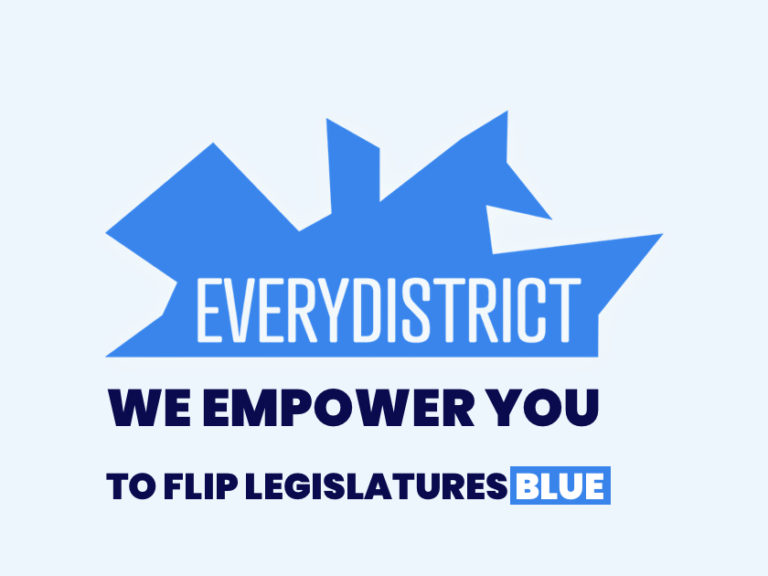